Founded in 2004, the Clark-Fox Family Foundation supports the economic development of the St. Louis metropolitan region through program development and investments in K-12, higher education, public health, immigration, social and racial justice, community leadership, and entrepreneurship. The Foundation prioritizes programs and investments that empower the end user and leverage each other for greater impact for our children and in our community. 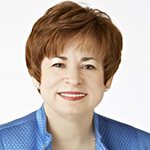 Maxine Clark is one of the true innovators in the retail industry. During her career, her ability to spot emerging retail and merchandising trends and her insight into the desires of the American consumer have generated growth for retail leaders, including department store, discount and specialty stores. In 1997, she founded Build-A-Bear Workshop®, a teddy-bear themed retail-entertainment experience. Today there are over 400 stores around the world and over 200 million stuffed animals have been sold.

In June 2013, Maxine stepped down from her Chief Executive Bear role to apply her entrepreneurial skills to her passion for improving K-12 public education and to invest in and mentor women and minority entrepreneurs.  Maxine credits her teachers as her foundation for success—classroom teachers and mentors alike. To honor them she gives back. Her next “act” is making public education much more consumer friendly by creating more access for families and students to systems and supports to enrich each child’s learning experience. Launched in 2015, her first product, Blueprint4.com, is a free and easy-to-use mobile app designed to help ALL families navigate the best summer activities, pre-college programs and career options for their family. Her latest venture is the Delmar DivINe™—the transformation of a neighborhood eyesore into a multi-use and mixed income real estate development that opened in Fall, 2021. Maxine is also a Managing Partner of Prosper Women’s Capital, a St. Louis based fund created to invest in women owned businesses and a member of the Board of Advisors of Lewis & Clark Ventures, a St. Louis based private equity firm and is a trusted advisor and mentor to several women and minority owned businesses.

In 2008, Maxine Clark was named one of The 25 Most Influential People in Retailing by Chain Store Age; in 2006, she was inducted into the Junior Achievement National Business Hall of Fame. Maxine was named one of the Wonder Women of Toys by Playthings magazine and Women in Toys and was also one of the National Finalists in Retail for the Ernst & Young Entrepreneur of the Year 2004.  In 2005, the National Association of Small Business Investment Companies made Build-A-Bear Workshop Portfolio Company of the Year; it was named one of the International Council of Shopping Centers “Hottest Retailers of 2004” and the Retail Innovator of the Year for 2001 by The National Retail Federation. In 2018 Build-A-Bear Workshop was named to the FORTUNE Best Companies to Work For® list for the 10th year in a row. In 2017 Maxine was named to the Missouri Public Affairs Hall of Fame and in 2019 was given the Missourian Award for her outstanding public service to Missouri. 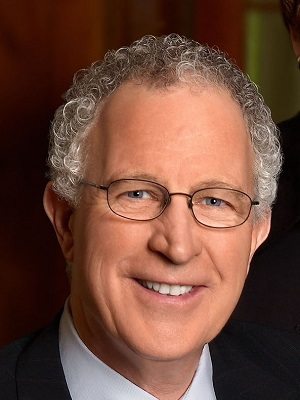 Bob and Maxine are founding sponsors of Teach For America and of KIPP Charter Schools in St. Louis. In 2006, they funded a new Cardiac Intensive Care Unit at St. Louis Children’s Hospital. They also endowed the Chair of the Dean of Goldfarb School of Nursing and established a professorship in the name of Raymond and Alberta Slavin at Saint Louis University. In 2015, they funded the new Clark-Fox Policy Institute and Forum at the Brown School of Social Work and Public Health at Washington University and the Fox-Clark Civic Scholars cohort at the Gephardt Institute of Civic and Community Engagement.

Bob and Maxine received the 2011 Jane and Whitney Harris Community Service Award given annually to couples in the community who, through their public service, have greatly enhanced the St. Louis region. They were also honored with the 2013 NCCJ Brotherhood/Sisterhood Award, the 2013 One Hundred Black Men Educational Award, the 2014 Saint Louis University Dr. Martin Luther King, Jr. Community Leadership Award and the 2015 Better Family Life Civic/Community Award. In 2016, they received the Spirit of Philanthropy Award from the Association of Fundraising Professionals in St. Louis.

Bob is the Founder and Past Chair of the Board of Casa de Salud, a not-for-profit health and wellness center that welcomes new immigrants out of isolation and into the embrace of the community. It opened its doors in January of 2010, and today serves more than 14,000 patient visits annually providing both physical and mental health service to un and under insured immigrants from over 60 countries.

In 2011 Bob served on the Chicago Council on Global Affairs Taskforce on Immigration for the Midwest. In 2012, he founded the St. Louis Regional Taskforce on Immigration and Innovation at the World Trade Center of the Joint Economic Partnership of St. Louis City and County which in 2013 launched The St. Louis Mosaic Project where he continues serves on its steering committee. Its mission is to attract and retain foreign individuals and families to live, work and thrive in the St. Louis region.

Bob is the Founding Chair of the Board of inspireSTL a not-for-profit educational initiative started in 2011. inspireSTL identifies bright, motivated, socio-economically challenged, middle school students in urban underperforming middle schools, helps them with academic preparation and access to the finest college prep high schools in the region, tutors and mentors them through high school and college with the goal of developing them into transformational community leaders.

He also serves on the Executive Committee of the Advisory Board for Collegiate School of Medicine and Bioscience, a magnet school in the St. Louis Public School District.  Which in the 2022 addition of US News and World Report was ranked the 3rd best high school in the state of Missouri.

In 2006 Bob became a founding member of the Gephardt Institute and National Council for Civic and Community Engagement at Washington University. He also serves on the Education Committee of the St. Louis Zoo Foundation.

In 2015 Bob launched the Clark-Fox Family Foundation’s Mass Incarceration Community Education Initiative which has presented its findings to over 7,000 community, regional and statewide officials with a focus on reducing mass incarceration and its negative impact on society.

Bob received the inaugural St. Louis Harvard Club Community Service Award in 2010. In 2011, he received the Hispanic Leaders Group Premio Esperanza Award and the St. Louis Award given to “the resident of metropolitan St. Louis who has contributed the most outstanding services for its development or… shall have performed such services as to bring great honor to the community.” In 2012, he received the St. Louis World Trade Center’s Global Ambassador Award and was inducted into the John Cook School of Business at Saint Louis University Smurfit-Stone Entrepreneurial Alumni Hall of Fame. In 2014, he received the Dr. Martin Luther King, Jr. State Celebration Commission of Missouri Distinguished Humanitarian Award. Bob is the recipient of the 2015 Gerry and Bob Virgil Ethics of Service Award at Washington University, and the Niagara Foundation 2015 Peace and Dialogue “Commitment” Award. In 2022 Bob received a Lifetime Achievement Award from Cultural Leadership. 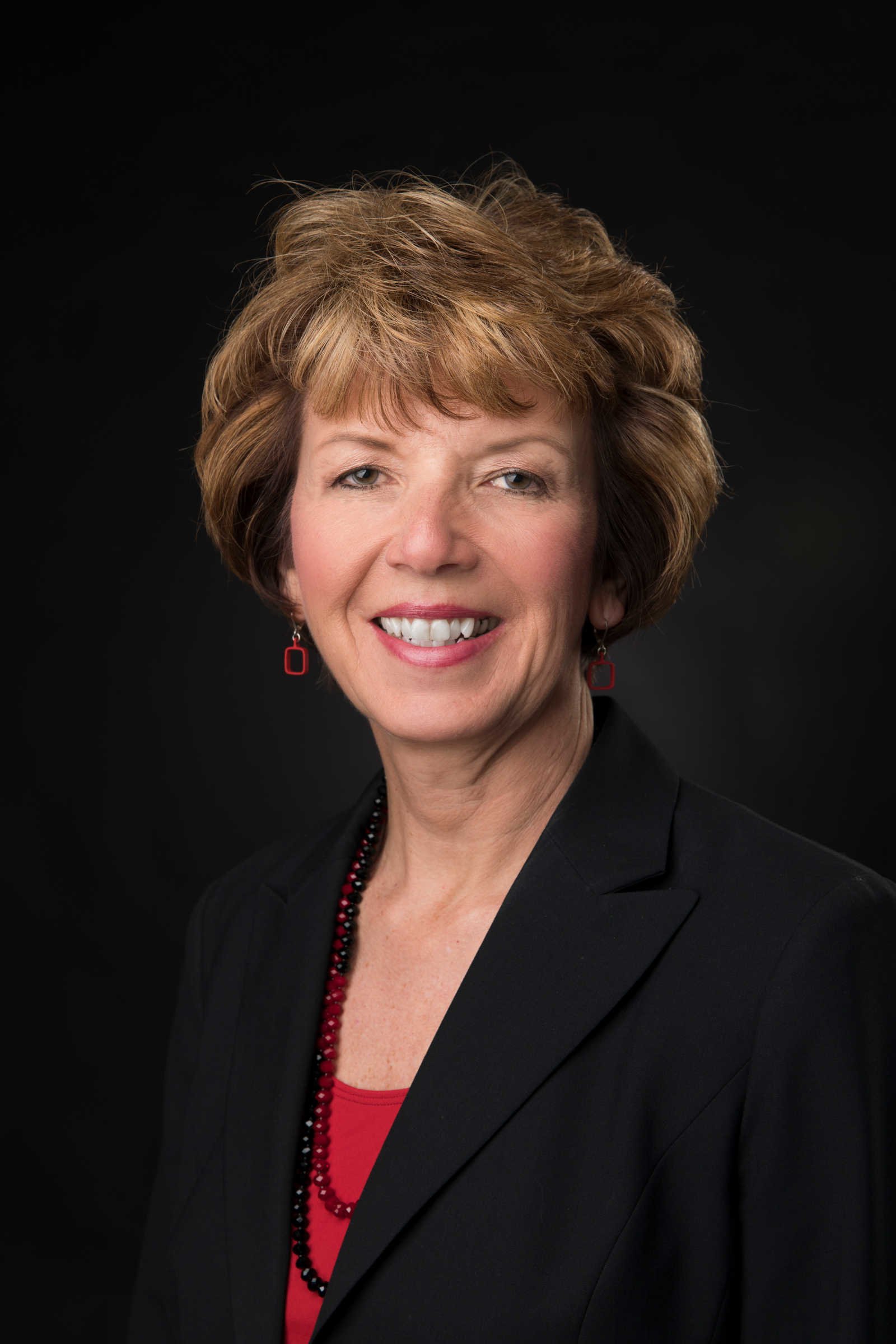 Tina Klocke, a St. Louis native, serves at the Foundation as the Chief Financial Officer and Chief Operations Officer. She is an accomplished finance and operations C-Level executive with a distinguished career and a record of success in the start-up and leadership of public and private corporations generating $30 million to $500 million in annual revenues. Hired during the start-up of Build-A-Bear Workshop as one of three original full-time employees, Tina is highly respected for helping Build-A-Bear Workshop become a leader in the retail make-your-own stuffed animal business. She excels at developing and advancing organizational strategy to spearhead revenue, profitability, and enterprise growth.

Since stepping down from her roles of Chief Financial Officer and Chief Operating Officer at Build-A-Bear Workshop in 2015, Tina has continued to make an impact on the St. Louis region. She is a mentor for Prosper Women Entrepreneurs Startup Accelerator where she uses her professional skills and experience to help budding businesses towards success. She has continued her mentoring past the accelerator program, such as she did with Bandura Systems now serving as an Advisor. She serves on a variety of boards supporting state and local educational institutions including Central Institute for the Deaf. She is the Chair of the Advisory Board for Cor Jesu Academy, where she is an Alumna, and serves on the board for St. John Vianney High School where both of her children have attended. She serves on the Southeast Missouri State University Foundation Board in service to the University where she graduated with her B.S. In Business Administration, and received the Alumni Association Merit Award in 2009. Other honors and awards include being named one of the 25 Most Influential Women by the Business Journal in 2007, and various industry specific recognitions.

Zasmine Johnson, a native of St. Louis, serves as Programs Manager working with the Blueprint4SummerSTL program. She received her bachelor’s degree in Health Science with a minor in Human Development and Family Studies from the University of Missouri-Columbia where she also obtained a master’s degree in Public Health. She worked as a peer advisor within residential life providing guidance to freshman managing the transition from high school to college.

She interned as a summer job coach for Paraquad helping high school students with disabilities gain independence through workplace training for job skill development. Zasmine previously conducted state-wide teen pregnancy prevention trainings and developed LGBTQ-focused inclusivity and cultural competency trainings as an adolescent health educator for the State of Missouri. She also was a lead child development teacher and volunteer soccer coach for the YMCA. 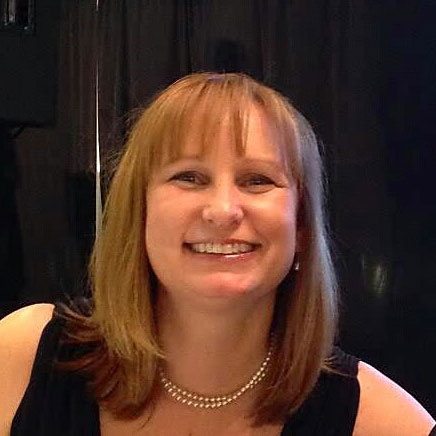 Kerrie Murray is originally from Illinois, growing up in a rural farming community. In college during the summers she ran a park program for children 5 -16 years old. After receiving her degree in Healthcare Management from SIU Carbondale, she worked as a marketing coordinator for a physical, occupational and speech therapy company.

Kerrie then moved to St. Louis and has held several office and administrative jobs. She spent over ten years working in academics and student services working with both graduate and undergraduate students. In that capacity, she helped students with tutoring, course planning, career planning and financial aid. She was also in charge of the first- year student experience that helped high school students transition to college. 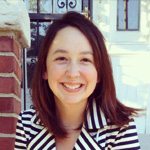 Allie Cicotte is a native of St. Louis and serves as a Research and Data Associate for the Clark-Fox Family Foundation and Project Manager for Blueprint4SummerSTL. She graduated from Truman State University in 2011 with bachelor’s degrees in German and Spanish. Allie then joined Teach for America where she taught Kindergarten-8th grade Spanish, and then transitioned to teaching Kindergarten. While teaching, she loved working with students directly, integrating innovative approaches alongside traditional classroom curriculum, and learning new things about the educational landscape both nationally and in St. Louis.

She saw a bigger opportunity to support families, schools, and students through work with The Clark-Fox Family Foundation. Allie was previously the Senior Programs Manager for the Foundation, but has recently stepped into a part-time position. In her role as Research and Data Associate she seeks to create research and products designed to create better experiences for all constituents, higher engagement, and successful children in the community.